Largest ever load of cocoa beans in Amsterdam port

This week, the MV Teal Bay brought 22,300 tonnes of cocoa beans to Katoen Natie in the Westhaven. It is the largest cargo of cocoa beans ever to arrive in the port of Amsterdam in one go. The ship, which came from Ghana, was unloaded in a few days and the beans were stored in the warehouses. 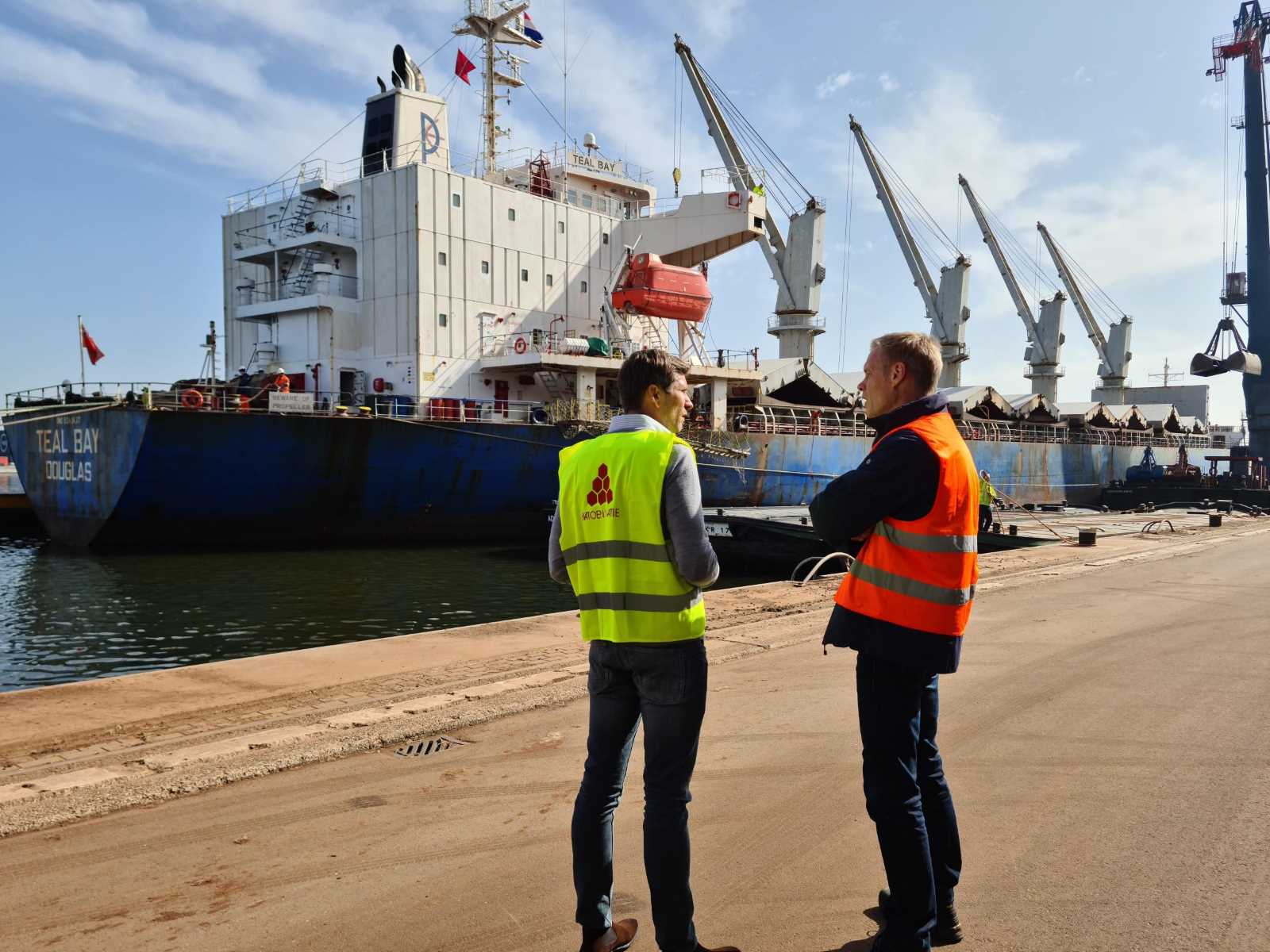 This mega bulk shipment of 22,300 tonnes of cocoa beans is very special', says Eugene Bleekemolen, commercial director of Katoennatie Amsterdam. The amount of cargo that is unloaded sometimes varies, but this is quite an exception. Bleekemolen and involved partners OFI (Olam Food Ingredients) and Cargill Cocoa & Chocolate - for whom the beans were delivered - witness the unloading together with Koen Overtoom and Jaïr de Pauw of PoA and are proud.

Upon unloading, the beans were stored in Katoennatie's new bulk cocoa warehouses. The cocoa beans are then delivered to the cocoa processing industries, in this case OFI and Cargill, partly by truck but mainly by barge. There cocoa butter, cocoa mass and/or cocoa powder are produced, which in turn are the ingredients for the production of chocolate.

Shield for the captain

Jaïr de Paauw, Commercial Manager at Port of Amsterdam, presented the captain of MV Teal Bay with the Port of Amsterdam shield to celebrate this memorable moment and to give the ship a warm welcome.

Not only the amount of cargo is important at Katoen Natie. Sustainability is also high on the agenda. For example, all roofs are fitted with solar panels. The warehouses are equipped with sensors and LED lighting, and in the warehouses for cocoa semimanufactures, all forklifts are electric. And if infestation has to be treated, this is done by means of treatment rooms with oxygen extraction instead of with chemicals.

According to Port of Amsterdam, good initiatives to make the cocoa industry more sustainable should be stimulated. Port of Amsterdam is committed to sustainable cargo and works together with partners to achieve these goals', says Jaïr de Paauw. The developments at Katoennatie are a good example of this.