Every year, the sailing ship Très Hombres ships a large cargo of cocoa beans from the Dominican Republic to the Chocolatemakers in Amsterdam. Last month, after a six-month journey, the ship arrived at the quay in Westpoort. 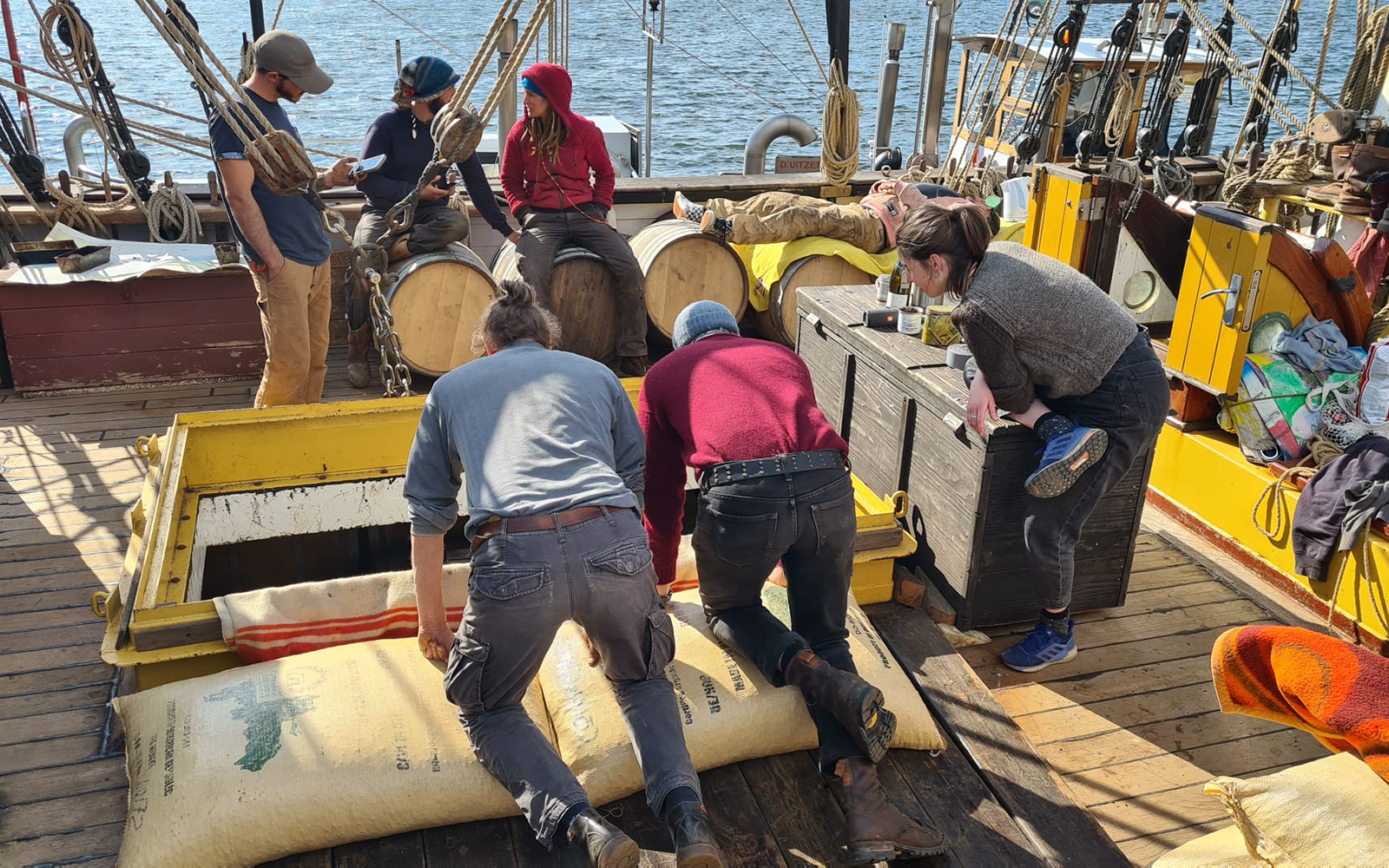 The sailing ship, which was restored in 1943, is over 30 metres long and has been sailing across the Atlantic Ocean to the Dominican Republic for the Chocolatemakers since 2012. The journey of more than 25,000 kilometres is powered solely by wind energy. The sailing ship is also an ambassador for cleaner sea transport, initiated by the three friends Arjen van der Veen, Jorne Langelaan and Andreas Lackner. In the autumn, the Très Hombres will set sail again from Amsterdam to the Caribbean Sea for a new cargo of cocoa beans.

In addition to the tons of cocoa, a cargo of rum and gin was also on board. These drinks would later be used to give extra flavour to the final chocolate bar. Next, the many heavy bags of cocoa beans were taken off the ship and stored in a warehouse. Later, the beans will be sustainably processed in the factory of the Chocolatemakers, where the building is powered by solar energy. Besides the sustainable transport and processing of the cocoa, an important aspect is that the farmers receive a good price for their cocoa and are seen as true entrepreneurs.